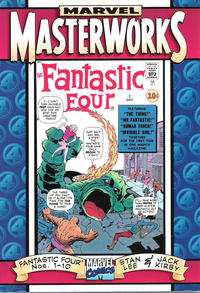 There were only 2 books in this series. The gap is due to the Reprint 'Vol [1]' and the New 'Vol [6]' continuing from where the original series left off. There are no missing Volumes between these issues.

[1]
[6]
If you believe any of this data to be incorrect, please let us know.
Cover thumbnails are used for identification purposes only. All rights to cover images reserved by the respective copyright holders.