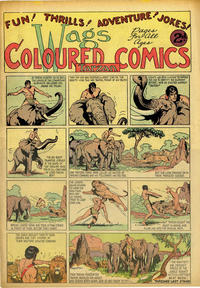 Series Details:
Publisher's Brands:
Indicia Publishers:
Notes
Published and printed in the United States for distribution in the United Kingdom. Wags was also distributed in Australia and New Zealand, but there are numerous differences between the two editions so they are considered separate series.