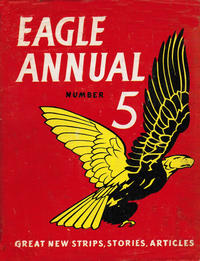 some of the above information provided by Jay Flash.
Editing
View Change History
Series at my.comics.org