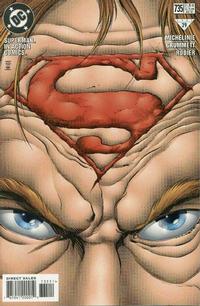 Series Details:
Publisher's Brands:
Indicia Publishers:
Awards:
Tracking:
Notes
The fourth ongoing title of original material published by DC, and the second pubished by Detective Comics, Inc. This is the last series DC founder Major Malcolm Wheeler-Nicholson was involved in; he was forced out of the company prior to the publication of the first issue.

Like DC's previous titles, Action Comics was originally an anthology title featuring a number of different strips. The most notable, of course, debuting in the first issue, was Superman, which is widely regarded as the first superhero strip, and quickly spawned a flood of imitators. Other features in addition to Superman included Zatara, a magician; Tex Thompson, who eventually became Mr. America and later the Americommando; and Vigilante. Although Action Comics was not the first American comic book to feature all original material rather than reprints, the popularity of Superman in particular made the book enormously popular, and its success kicked off what is generally referred to as the "Golden Age" of American comic books.

The title originally had rotating cover features, but once Superman was identified as the title's money maker he became the permanent cover feature. Over time, as the number of pages dropped, the title dropped the number of carried features. Superman remained the lead feature, and at times the sole feature, through the 1980s. Following DC's Crisis on Infinite Earth's series in 1985 John Byrne took over the Superman titles and Action Comics became a Superman team-up title. For nearly a year in 1988 & 1989 the title became a weekly anthology book once more. The lead feature during this period was Green Lantern rather than Superman. Following this period the title resumed monthly publication, and Superman again became the sole feature of the title. The series eventually ended when DC relaunched all their titles as part of their "New 52" event.
Editing
View Change History
Series at my.comics.org